Born in Brooklyn, Michelle Weinberg trained in Visual art in New York and Florida. As well as an art practice based on the study of geometric forms and the stridence of colour through drawing, painting, collage and volume, the American artist practices as a designer and interior designer, as the creative director of Girls’ Club, a foundation supporting female artists, and also as a collaborator of Available Space, an initiative for the promotion of public art and interventions within abandoned buildings. She also forms part of IPO, a multidisciplinary group that brings together dance, music and the visual arts. Michelle Weinberg’s preferred technique is gouache on paper, a technique that along with drawing enables her to create patterns of flat colour inspired in the designs of the seventies, Op Art and geometric patterns, like the hydraulic pavements of Catalan Art Nouveau that her residency in Barcelona enabled her to study close up. Her works in gouache are usually realized based on a three-dimensional model, be it an architectural space, an urban scenario or simply an object: she translates them into a two-dimensional support in an intuitive manner, focussing not on the scope of perspective so much on the generation of a pattern of geometric forms and colours that disarticulate the volumetric evidence. Her works in collage incorporate the human figure, often taken from magazines or old books, giving rise to intriguing scenarios with an indisputably narrative component. 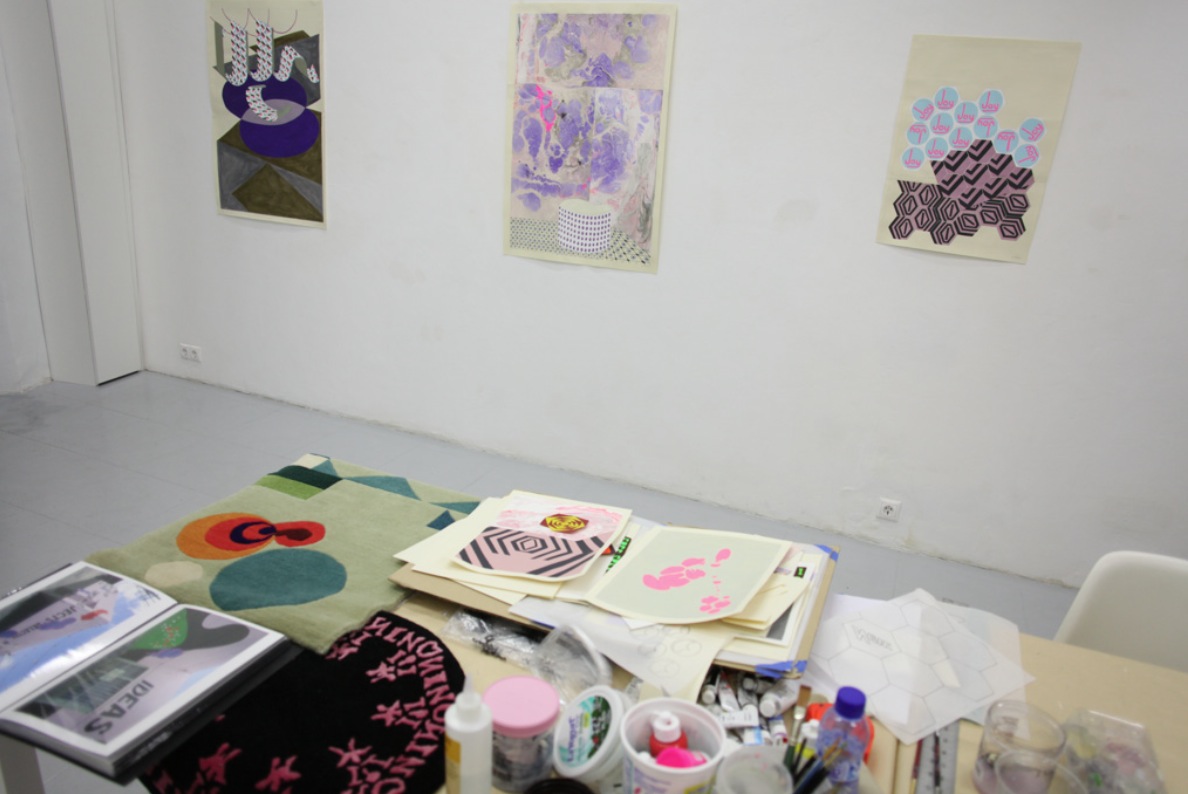 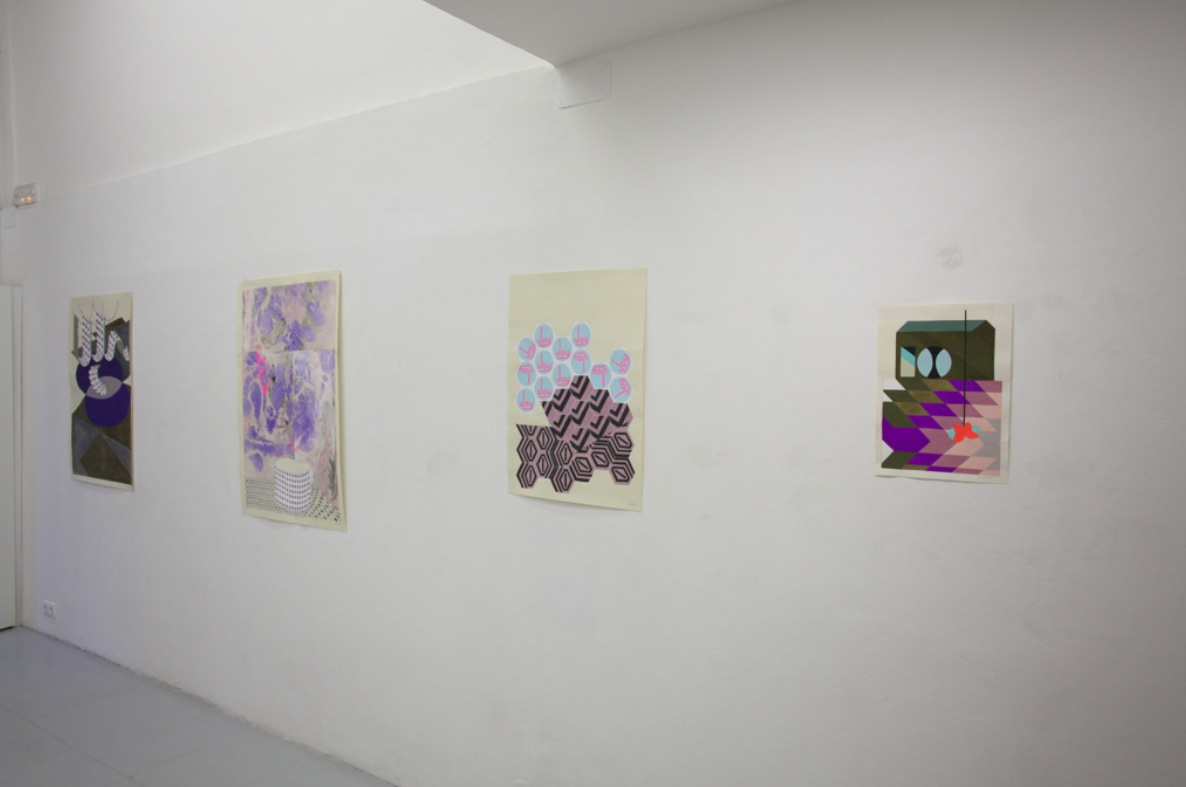 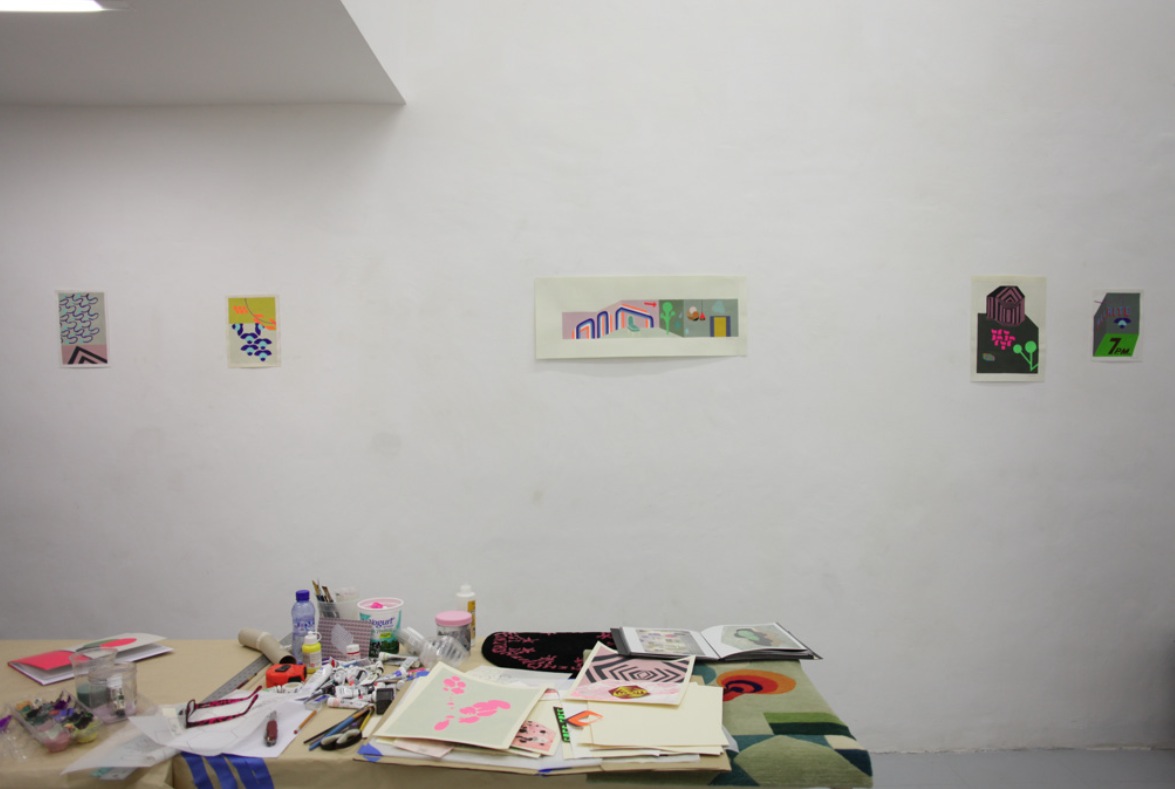 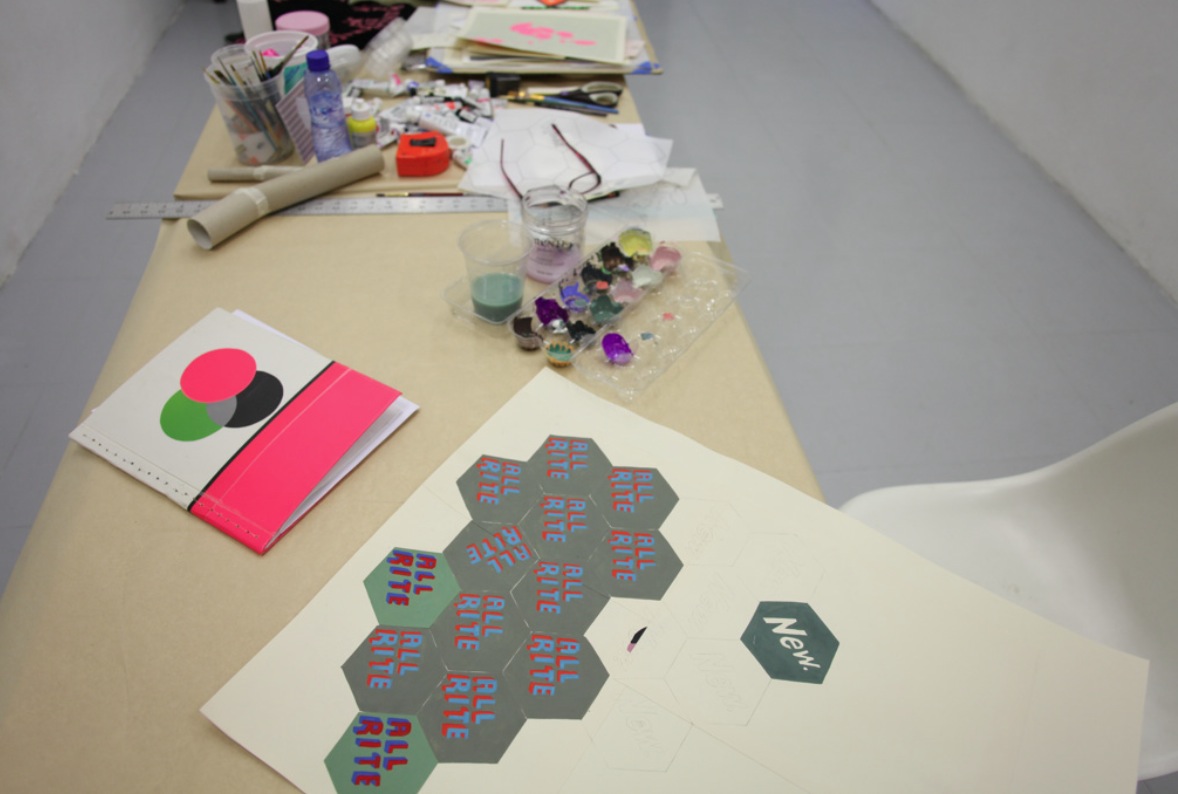 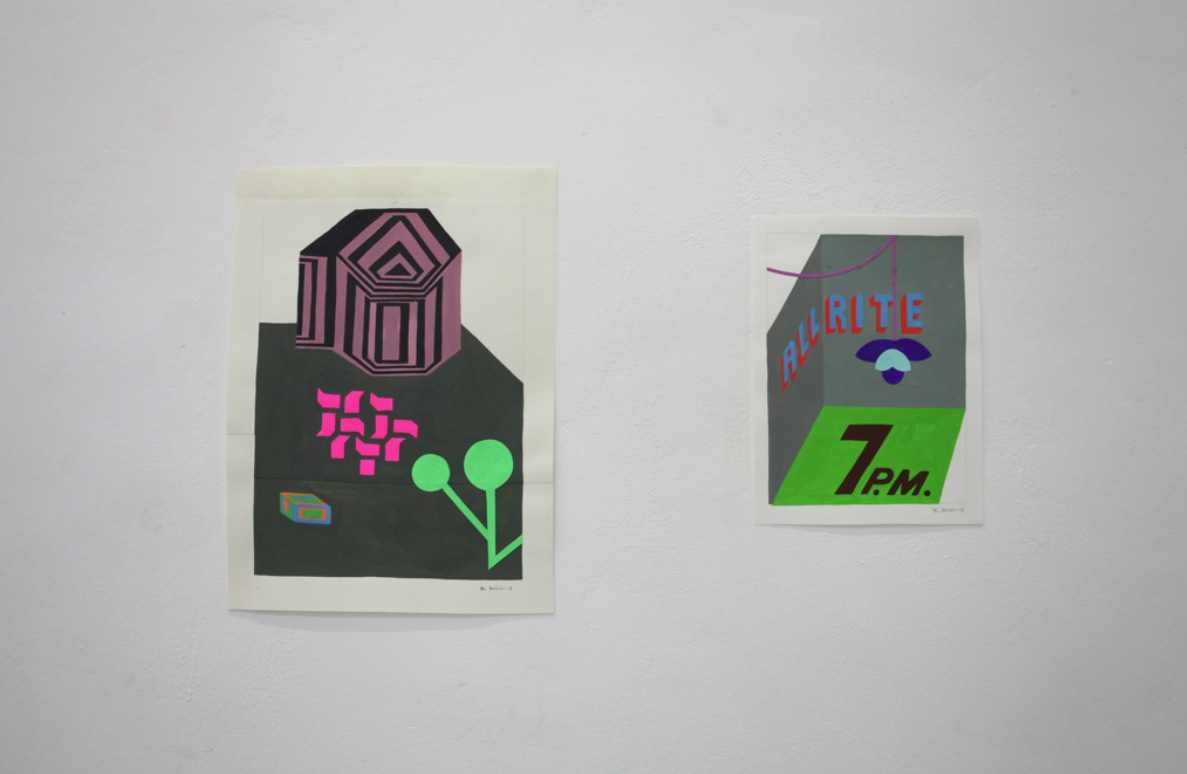 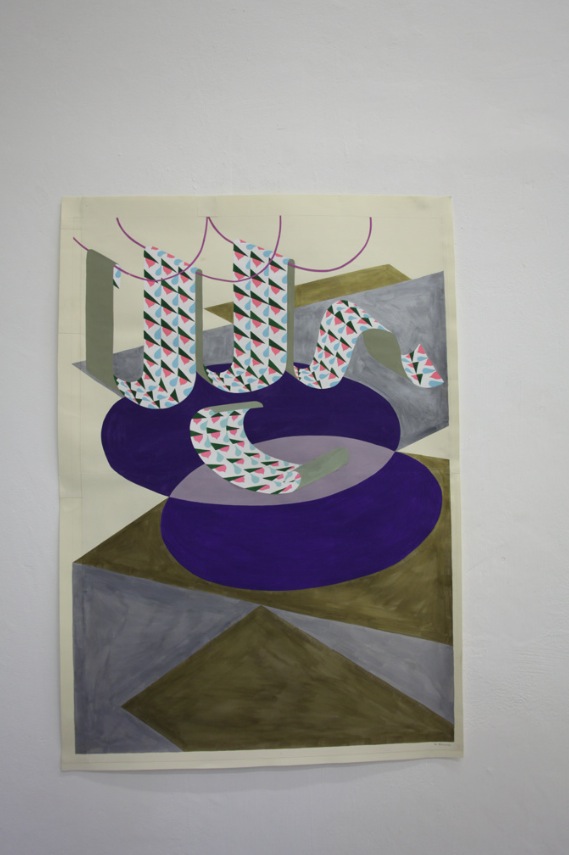 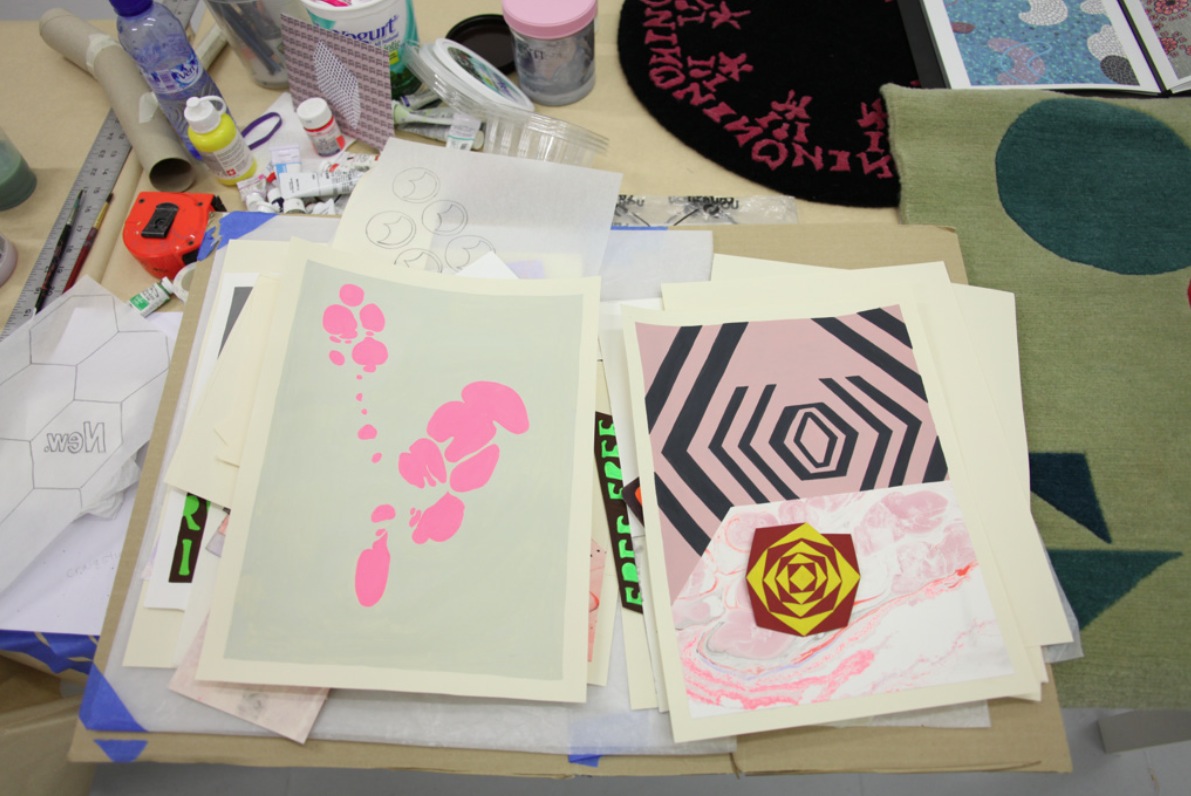 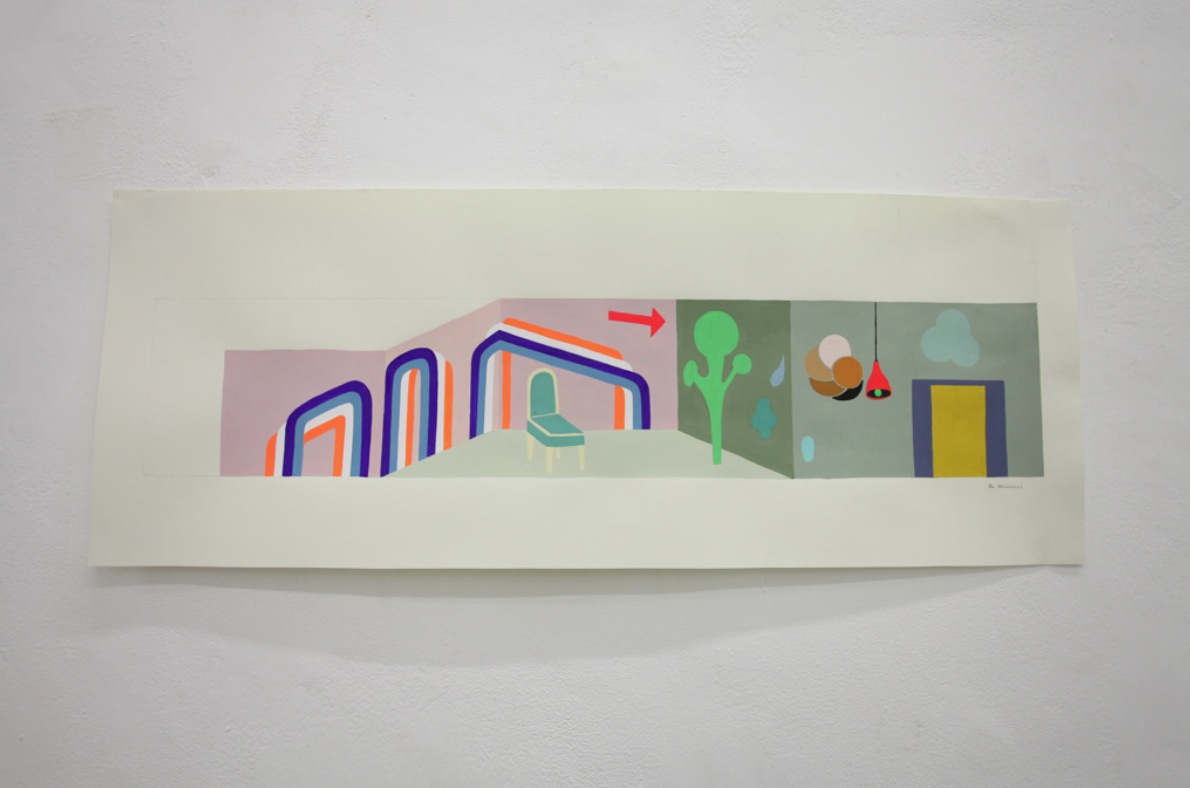 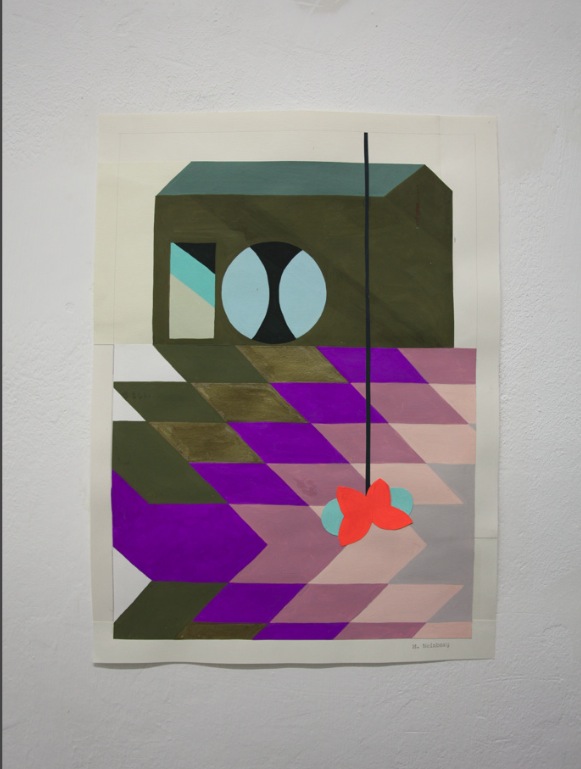 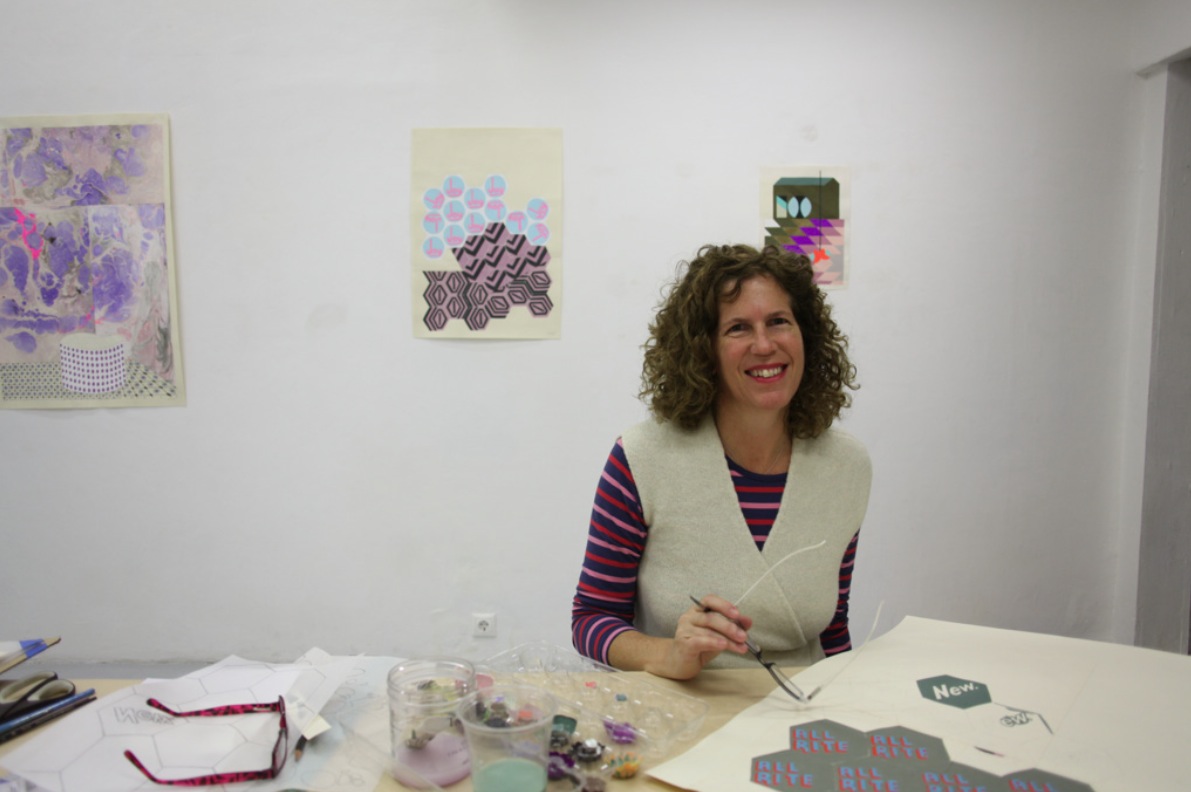