Mariokissme was invited for a specific intervention at homesession, foro the InvitedOneDay program. Mario proponed a project that was perfectly in line with the ambition of calina the quality of the space and its definition toward the audience into question. However, he didn’t miss the opportunity to revert the program”s highly personal feature and to produce new echos regarding his own career. He offers thus a transfer of the project from “our home to his home”, keeping some similarities, especially regarding the hybrid character that each space shows as an open house.

More than an anecdote, this transfer to a territory where many life experiences of the artist take place implies a very similar dialectical gesture as the one that articulates his work: its goal is to des-individualize the program (neutralizing its personal content, its private feature) and to seize it through a highly subjective strategy, in which memory, travels and daily experiences share the first role. Mariokissme appropriate the InvitedOneDay program on his own name and initiative, in his own space, just in the way he shapes, in his works, the context, symbol and landscapes through the power of his character.

The project consists also in creating an individual exhibition with a language and a form that would be closer to the one used in an art center than in a living space. The setting goes back and forth between the desire and the discomfort that generates the museums and institutions. Mariokissme subverts the objectualizing language of the exhibition, by this strategy of subjective excess, surrounding the audience in a kaleidoscopic projection of his first-person character. He adopts thus a dissident attitude, which can be found also in his wish to challenge the identity, putting it in front of the unstoppable moves of the first person that R. Barthes underlines: “This is myself that never matches with its image, as the image is heavy, motionless, stubborn (that’s why society uses it) and as myself is light, divided and scattered.” With this auto-representations bombing that combines prophetical, nude and masked portraits, Mario plays with the limitations of the images and of the identification processes. He uses and goes beyond the cliché (the image as a product), letting the audience browse between spontaneity, narrative constructions, fictions with or without science and a feeling of excess that can reach the parody. The setting and its openly pop sparkling rejects the status of a definitive proposal, as the work is assigned to change as well as the subject.
video of the exhibition 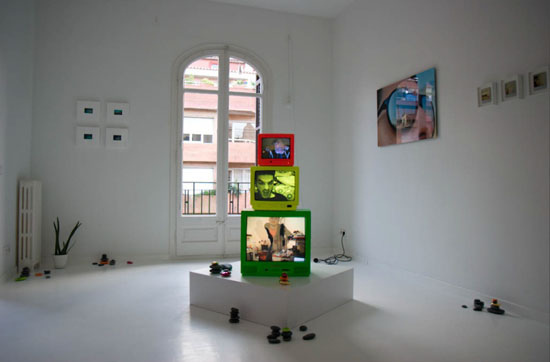 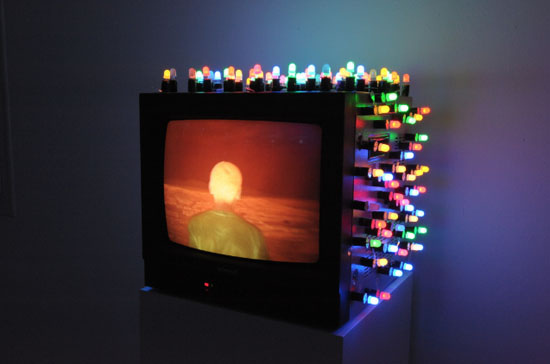 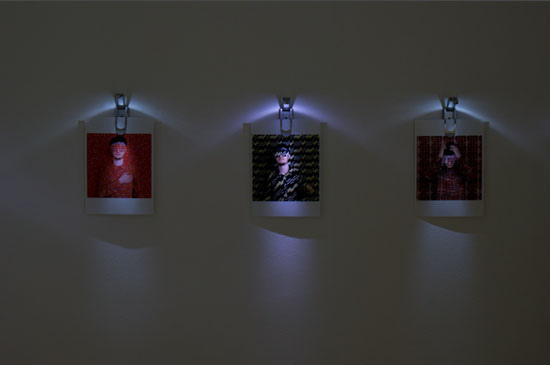 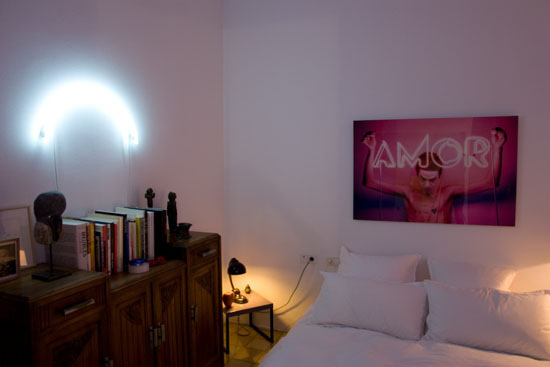 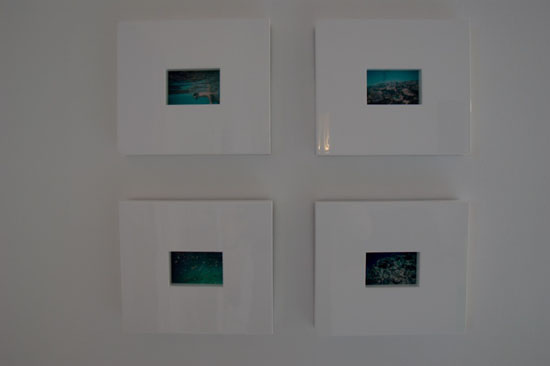 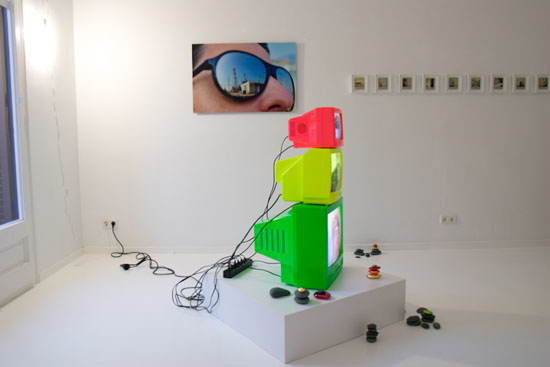 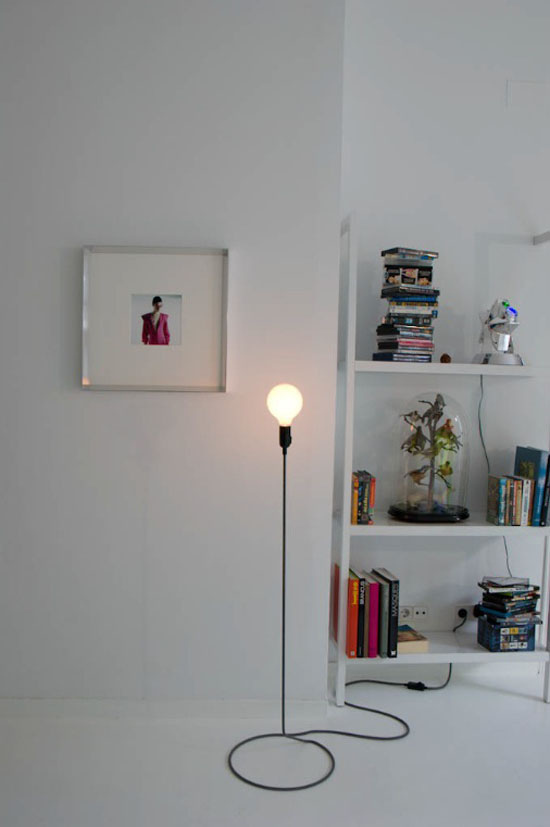 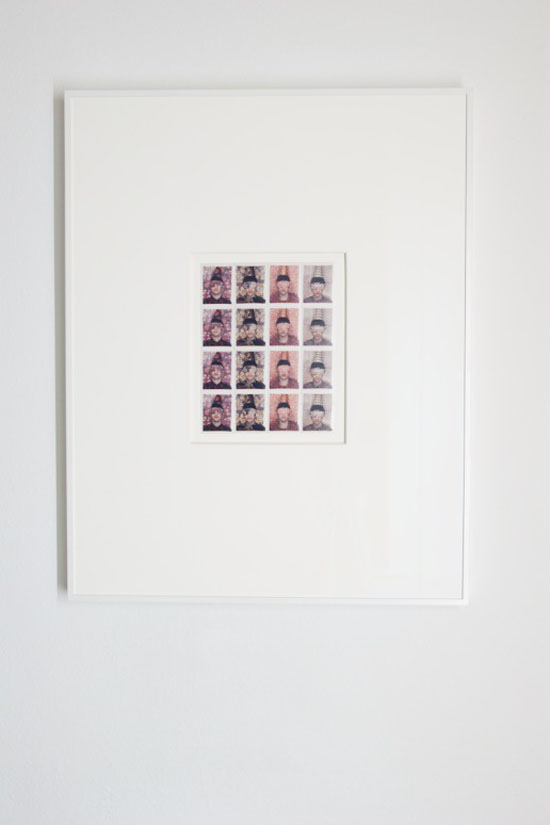 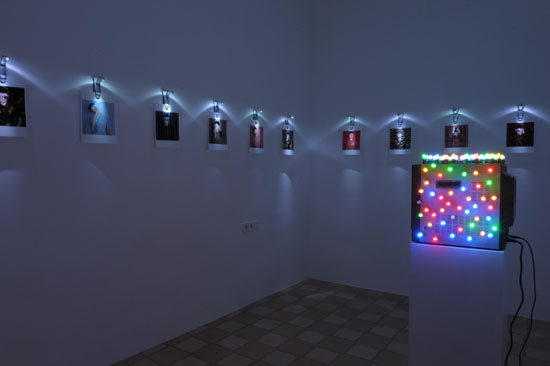 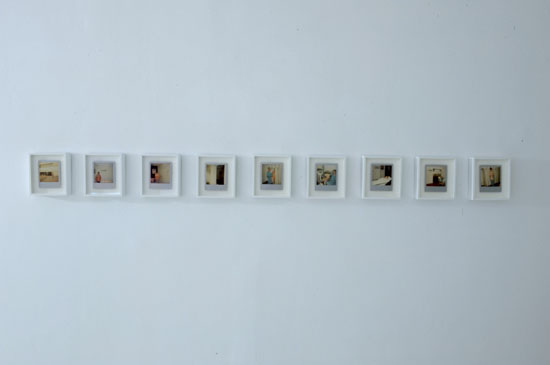 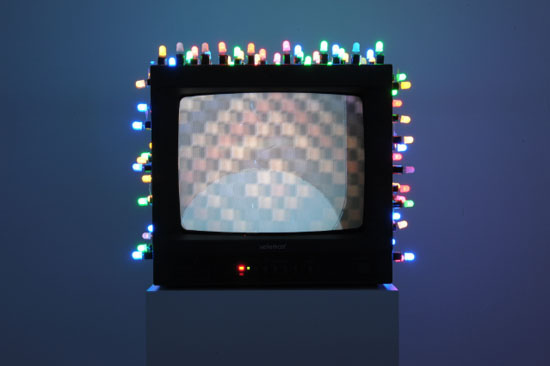 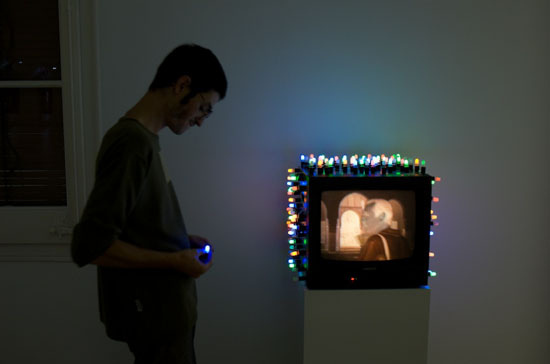 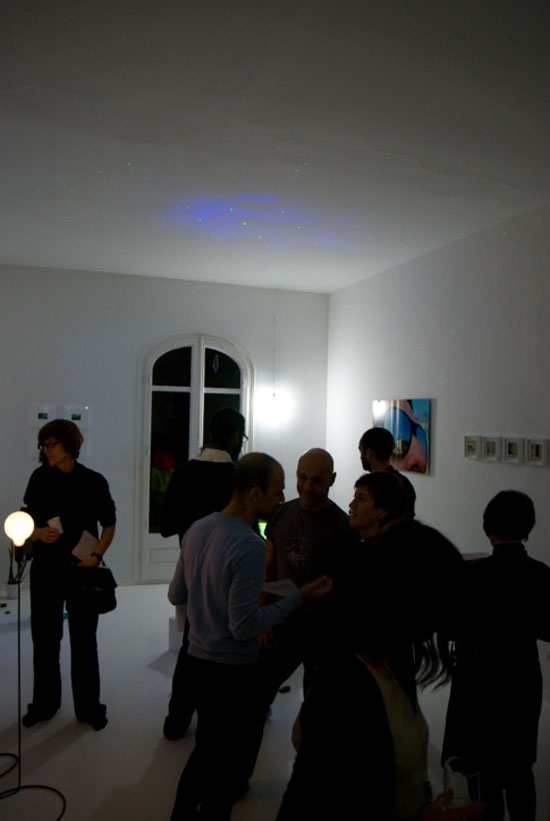 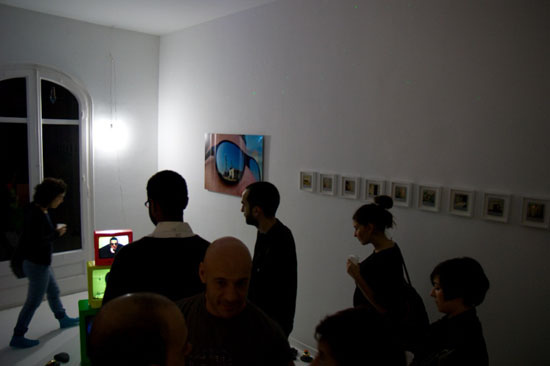 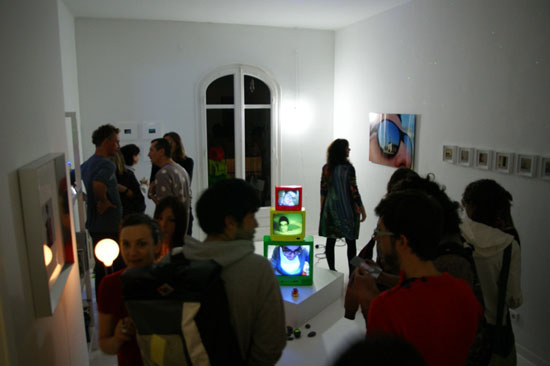 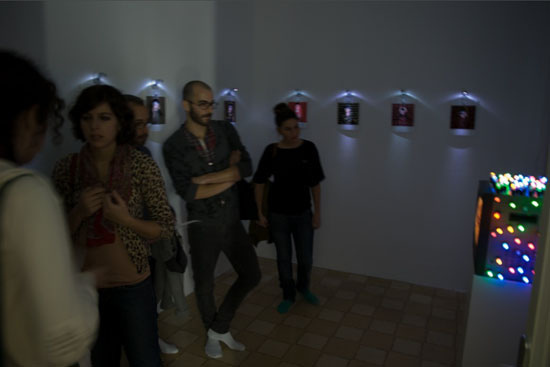