Margarita Pineda has conceived a specific work for the Invited- One-Day program, considering the relation between private and public space from a perspective that combines openness and projection. The ephemeral installation she creates on the façade of the building, goes beyond the limit of the creation space and brings out a materialisation of intimacy to the public space, as if we were dealing with invasive species.

The work is installed as an unbalancing point in the double function of the facade, that is, to conceal what’s behind it and to show a serie of signs that give us a glimpse of what it pretends to hide. The symbols that Margarita’s work put in practice set intimacy back to its artificial status, as the use of a textile container for works’ rubbles suggests: the mild plasticity of the intervention, the soft lights and forms it takes, the textile fabric and the thread refer to the confort, to the feminity and to the fireplace, a bunch of hints that develop the novelistic narrative of intimacy. Margarita literally rebuild intimacy in the public space, contaminating it with meanings that don’t belong to it.

The projection of intimacy goes with the visibility given to the mental perception of the territory (the territory of intimacy seen through an intimate perception). On the textile containers, an embroidered text displays some appreciations the inhabitants have wrotten about the place where they live, standing for the alteration and dilatation fo the space through layers of memory. What is embroidered is a conceptualization of the transformation process of the space into a place, «living it, marking it, recognizing it and appropriating it», as the artist stresses. However, the form of the installation takes syntax consistency off the text, breaking it up in a mere serie of words, that seem to float freely within the folds of the fabric. «To read is a struggle to name (…), it consists in hesitating among several names»: the semantic transformation process that Barthes describes with this claim, takes root in each word, autonomous through the reading. Each of them relates to a network of connotations, symbols, a proliferation of meanings and references, thousands of insects fluttering near the light. The verbal formalization process about what is a home, its lexical representation drifts away toward an abundance of meanings that escape to the very authors of the text. The outbreak of intimacy into the public space open by this way the territory to different intelligences and tales that don’t come from it. «Poeta Cabanyes 68» displays the narrative of intimacy meanwhile it splits the verbalisation of the territory in a multiplicity of voices. 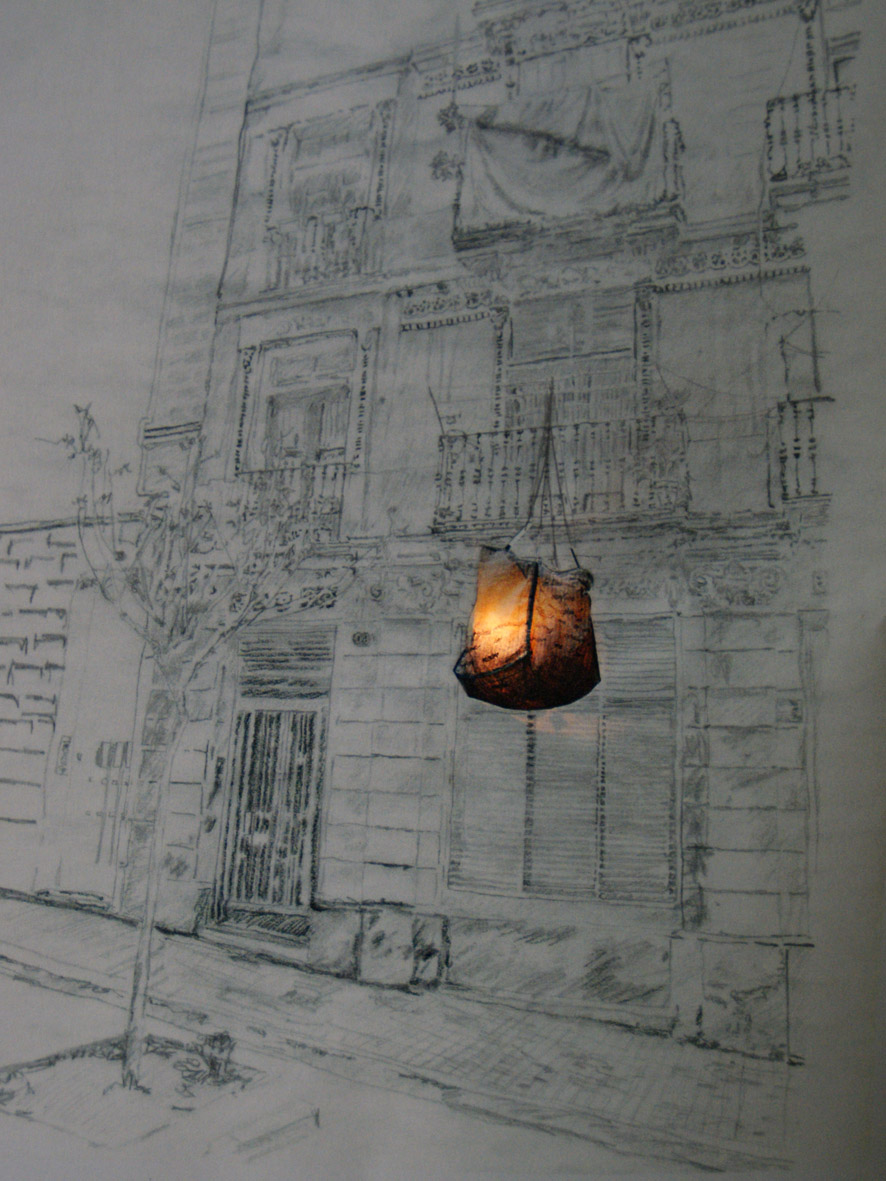 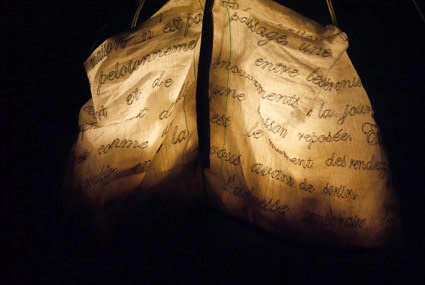 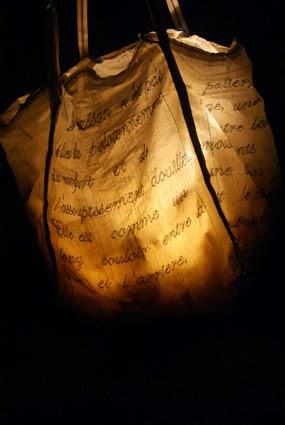