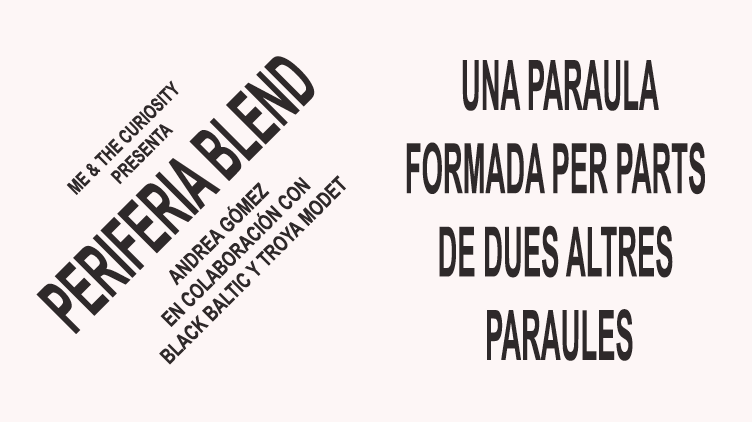 Blend Periphery is an exhibition that will be presented at Homesession thanks to me & the curiosity on November 4, 2015. This project aims to give shape to an action that took place at Hangar in June this year.

This action consisted of a screening of a video that compiles a series of video captures throughout by Second Life* seeking the limits of the settings, the periphery of these environments. The soundtrack for this video was produced during a live improvisation in front of the silent video projection and a 50 people audience, in collaboration with Black Baltic (Carlota Juncosa, Laura Llaneli, Andrea Gomez).

The exhibition Periphery Blend officially launches a limited edition vinyl featuring the result of the improvisation. The vinyl will be the center of a second action mash-up mode / live-set / blend mode, featuring Troya Modet at the opening.

This experiment is based on an open process and a methodological transgression.

*Second Life (abbreviated as SL) is a metaverse launched in june 2003, developed by Linden Lab, which is freely accessible from the Internet. Its users, known as “residents” can access SL using one of several interface programs called viewers (viewers), which allow them to interact with each other and explore the landscape and scenarios through an avatar.