Sabrina Harri (Finland, currently living in Gent) has been working during her residency on a light sculpture presented by Josza Gallery (Brussels) during Art Brussels and on a sculpture she’ll present as a part of her upcoming solo exhibit at Å Gallery (Turku – Finland)from May 20th to June 13th, her first individual show in her home country.

The name of the exhibition, “Hello Pop!, is coming from a lost Hollywood short movie of 1933 that was supposedly a funny comedy. I’m using the name of that ghost movie for the exhibit, as it is referring to a collective yet forgotten memory and mentalterritory. The exhibition deals with conflicts between reality and artifice, and collective memory especially in the pop culture created by cultural industries. This concept is interesting to me for its contrast, as it seems clear that Pop culture has strong amnesiac aspects. Hello Pop! will be an exhibition made of ephemeralsensory and fragile installations in which transcendent inner worlds and earthbound everyday life collide. The main question being here: how does the world exist for us if it’s not seen through its representations?

Nostalgy comes up in this shiny object on show at homesession, calling to mind all those reminiscence that refer to nursery ryhmesand tales as well as to a certain innocence of a childhood imaginary that coins reinforce and twist (the enchanted features of the coin tree certainly adulterates the purity of the initial claim). Other references, such as those opening to the teenagers’ world and to the club music overlap on this first apprehension as if a cartography of individual memory would have been sketched in each reflect of the sequin. The twinkling universe that Sabrina Harri proposes, draws the lines of a culture of oblivion, in which the ruins of the mental territory takes a brilliant force insofar as the spot focuses on them. Formally, the object is actually a “souvenir”, a snow-covered landscape in which the tree straightens up lonely as the obvious icon of abandonment: an embodiment of melancoly. This romantic frame par excellence is covered with pop culture signs that irradiate and pierce the fog of pop amnesia. 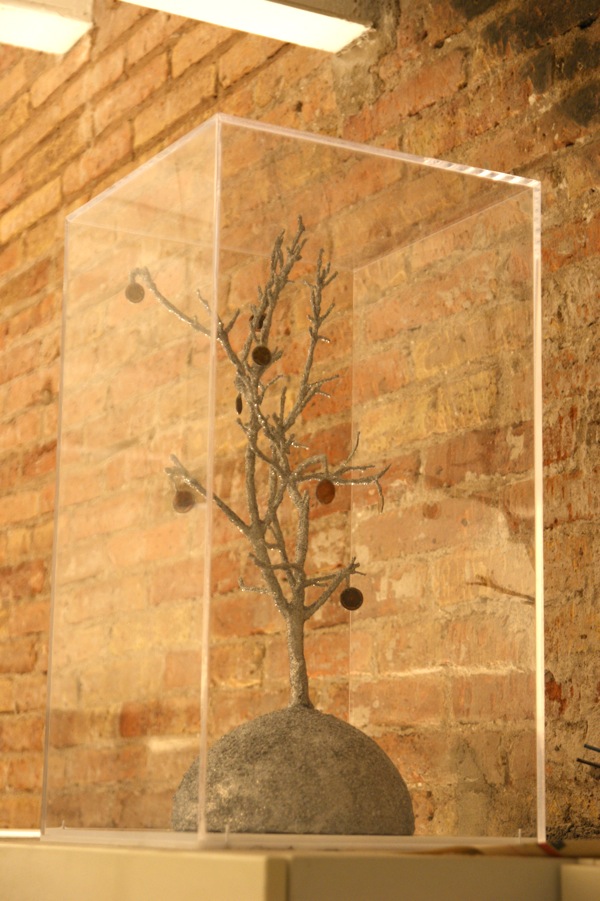 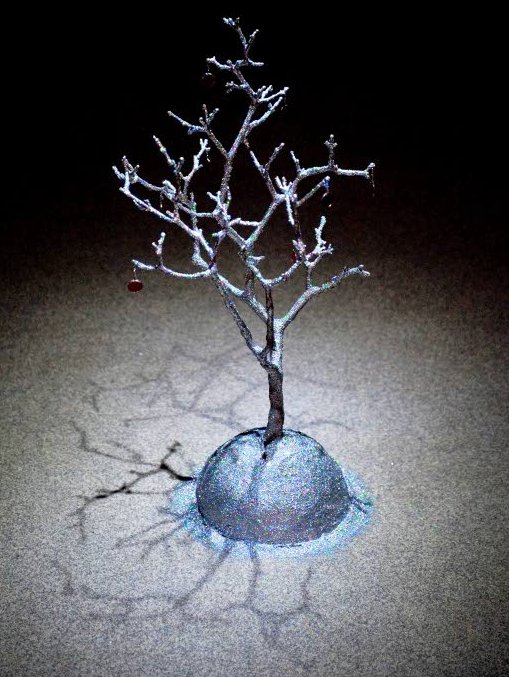