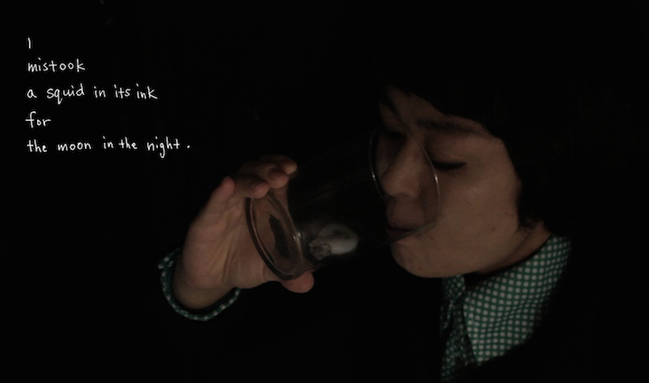 We’re pleased to present “I mistook a squid in its ink for the moon in the night”, a project developed by Chika Matsuda (Nagano) during her residency at Homesession. In the different works that compose the project as well as in the title, Chika Matsuda goes into play on the relation between physicality and abstraction of language. Focusing on the way our voice obeys to cultural patterns, the artist leads an unending investigation to abrade the natural and rational features we assign to the use we make of the body into language. Tongues, spits, noises, uncontrolled swallowing and saliva and collective recitations evokes into sculptures, drawing and video, this research and a possibly alternative grammatical patterns to our perception.
Opening: Friday, April 25th, 2014 – 19:00